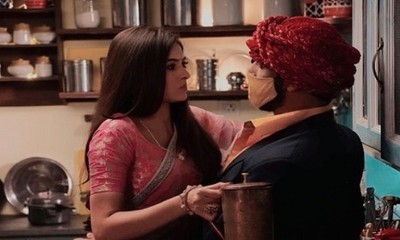 The upcoming story of Mehndi Hai Rachne Wali is about to witness Raghav and Pallavi’s master plan against Mandar.

As per the current storyline, Mandar reprimands Pallavi from meeting Raghav and also compels her to divorce him.

However, Pallavi knows the truth and this is where she doesn’t listen to him and goes to meet Raghav.

Raghav and Pallavi manage to meet and plan their next move against Mandar.

And here comes the twist when Raghav executes his move.

Raghav changes his look wherein Mandar fails to recognize him.

The upcoming big twist comes when Raghav’s move succeeds and Mandar falls flat on his face into his own trap.

So, what happens next post-Mandar gets exposed?