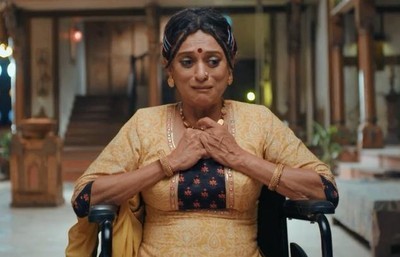 It was earlier seen that Suman fails to control and she urinates outside the bathroom.

Post this she is much embarrassed to tell this to Dev and Rishita.

Suman wants Dhara to her rescue while Dhara being out with Gautam poor Dev and Rishita takes care of her.

Rishita with Dev's help takes Suman to bathroom and gives her bath.

Rishita perform her duties towards Suman

Rishta does the duties while Suman is much angry on Dhara for not being there for her in the time of need.

Dhara gets intution of her need back at home while Gautam does not let her go.

Pandya Store: Major exit of Shiva from Pandya Family The up...