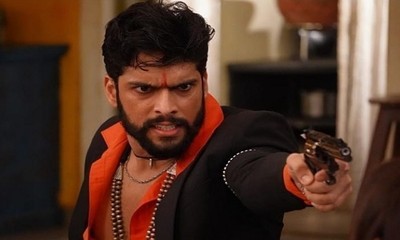 As per the ongoing storyline, Raghav determines to kill Mandar dead.

However, before he could shoot the gun at him, Mandar grabs Pallavi puts a knife on her neck.

This shakes everyone to the core and the situation only deteriorates.

Raghav and Pallavi’s life at stake

Raghav gets in a dilemma as he can’t put his lady in danger.

Now the situation gets more dramatic as Pallavi starts bleeding the moment Mandar pressurizes the knife on her neck.

Will Raghav be able to save Pallavi or the situation will only fall worse.

Check out the new updates at serialgossip.com to know the next big twist.