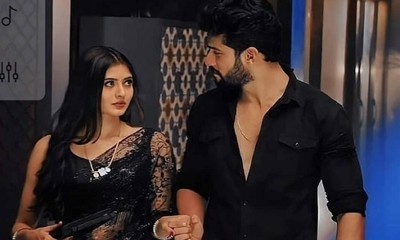 Finally, it’s a beautiful start for your lovey-dovey couple Raghav and Pallavi in Star Plus serial Mehndi Hai Rachne Wali.

Earlier it is seen that how Raghav and Pallavi both plan and plot against Mandar.

Mandar and Raghav have a deadly fight when Mandar puts Pallavi in danger.

Eventually, Mandar’s chapter gets closed and it’s a victory for Raghavi’s love.

Now Raghav wants to cherish his love with Pallavi after a long time.

Thus, he plans a beautiful surprise for her.

Raghav and Pallavi to go on a date

The upcoming sequence of MHRW will see Raghav and Pallavi going on a romantic date night.

Things are normal in their love life and the romance is at its peak.

Raghav has also prepared the best gift for his lady which is really exciting and unmissable.

Don’t forget to check out the new updates at serialgossip.com to know what new twist is coming in their love story.