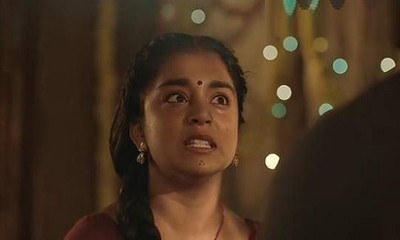 The upcoming episode of Imlie TV serial will finally see Aditya and Imlie gaining back consciousness.

However, seeing Satyakam, Aditya calls Police to get him arrested for what he did.

Imlie takes a moment to hear Satyakam’s explanation when she is quite shocked knowing how someone called him and informed him about Aditya Malini's affair.

Imlie gets 100 percent sure that this second person is none other than Malini.

The latter definitely is scared of if she will get exposed but Imlie has another plan.

Imlie helps Satyakam in eloping when Aditya scolds her and everyone taunts her.

However, this is yet not the end because Imlie now determines to play the fair game without having any sympathy for Malini.

Malini and Imlie have a fierce face-off when Imlie challenges to end Malini’s game and kick her out of Aditya’s life.

Let’s see what intriguing twists and turns will come up next in the show.

So, make sure you read the new updates at SerialGossip.com to know the next big twist.