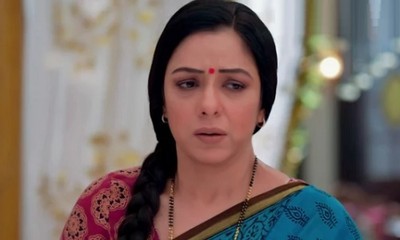 Star Plus serial Anupama is gearing up for intense drama in the upcoming episode storyline.

Anupama and Anuj have a great time at the reunion party.

Anuj wants to help Anupama and there he puts a factory land offer before her.

Anupama is against the 5 crore deal and at the same time, she doesn’t want to sell the land because it holds Bapuji’s memories.

In the meantime, things get worse when Anuj confesses his feelings to Anupama.

Anupama feels bad knowing Anuj’s feelings for her because she never expected this.

Where Anupama always took Anuj as her best friend and nothing more than that, the truth comes forth as a big shock to her.

Anupama doesn’t want to complicate her life with Anuj and thus decides to call off all ties with him.

But let’s see if this story holds more than this.