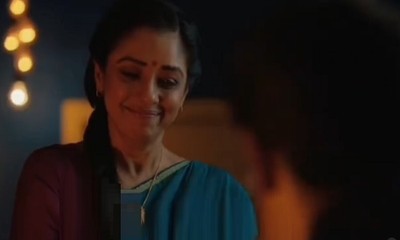 Anuj surely likes Vanraj’s presentation wherein his ideas are practical but at the same time, he can’t deny the fact that Anupama’s business ideas are also good as she thinks emotionally.

Anuj takes time to discuss with his team and here comes the twist when he asks Anupama to give the presentation aka a sample of her business idea.

Anupama welcomes Anuj in the café as a customer and deals with him in the same way as she elaborated in the presentation.

However, when the power cuts off, Anupama doesn’t lose the courage but she smartly turns it into an opportunity and makes it a candlelight dinner.

Anuj to crack deal with Anupama

And finally, Anupama manages to win the deal with Anuj.

Anuj was always in the favor of Anupama’s idea and after his team had chosen her he wanted to see a sample.

Anupama and Anuj’s dinner together is surely a part of the business but how this affects Vanraj is the most intriguing turning point in the story.