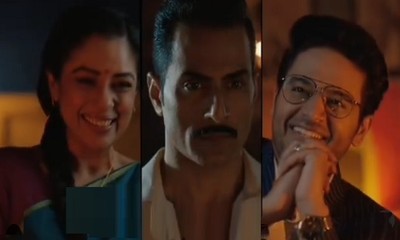 The exciting upcoming story of Anupama TV serial will see Anuj and Anupama’s friendship getting stronger and this is where Vanraj is burning in agony.

Anupama welcomes Anuj in the café and happily serves him food.

Due to the power cut off, Anupama makes jugaad and turns the simple dinner into candlelight dinner.

Interestingly, this is what pisses off Vanraj more to the core.

Further, Vanraj counts on Anupama for impressing Anuj and trying to seduce him.

And this is when Anupama says enough to Vanraj’s nonsense and his disgusting blames.

Anupama once again slaps Vanraj with her final answer that she is no more his wife and he doesn’t need to interfere in her personal life.

Vanraj gets more triggered with Anupama’s warning while Anupama doesn’t step back but keeps reminding him that she is his EX and so he should focus on his wife, not her.

What new interesting U-turn will come in the show after this?