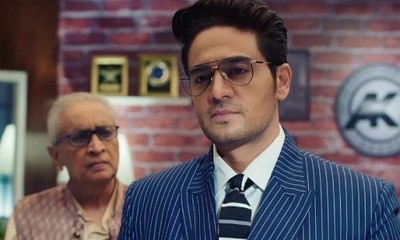 Star Plus TV serial Anupama is slowly and steadily moving forward to see Anuj and Anupama’s friendship turning into a relationship.

Finally, Anuj reveals his sad story about how he failed to confess his love to Anupama and when he came to his senses, it was too late for him to stop her wedding.

Anuj feels that his meeting with Anupama after 26 years is enough for him.

However, GK believes that fate has other plans for him and Anupama.

And this is why GK confronts Anuj after he returns from visiting Anupama’s café and academy.

Anuj to take his final decision

As soon as Anuj shares the best experience of his life with Anupama, GK tries to make him accept that life has given him a second chance to get his love.

Anuj hesitates when GK asks him to hold Anupama’s hand for life because this is why their fate brought them together after 26 years.

Anuj now gets thinking about Anupama to take his final decision.

And we are super-super excited to watch how Anuj will approach Anupama after accepting the fate.