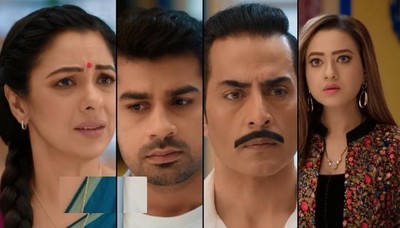 It was earlier seen that Paritosh meets Anuj and Anupama together.

Rakhi Kavya Vanraj pokes their nose in Anuj and Anupama's relation where Paritosh does not like Anupama being happy with Anuj.

Paritosh crosses his limits where he insults Anuj and asks him to get out of their life.

Anuj walks on the serious ground where he poses as a new negative stating that he will never deal with Shah family and not let others deal with them too.

Anupama and Vanraj are in shock as Anuj walks out

Anupama and Vanraj are in shock as Anuj walks out.

But this turns out to be Paritosh's nightmare and in real the showdown does not take place.

What will Paritosh do in real to keep Anupama and Anuj at bay?