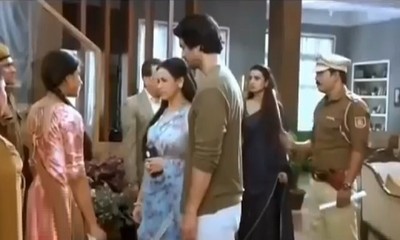 Hindi TV serial Imlie is leaving no stone unturned to hook the viewers to their screen.

However, this happiness doesn’t last long because soon Imlie returns to the Tripathi house.

And this time her return shakes the depth of the Tripathi House because she brought Police with her.

The twist in the tale is that Imlie finally has strong evidence against Malini in Aditya's murder case for which Satyakam was recently arrested.

With Imlie exposing the bitter truth with evidence, the Police arrests Malini.

Evil Mommy Anu keeps shouting at Police to not dare take her daughter but all goes in vain.

Imlie's final attack is quite effective but will Malini easily accept her defeat?

So, what will be Malini's new dirty game against Imlie?