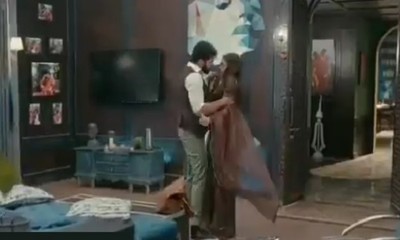 The latest track in the Star Plus TV serial Mehndi Hai Rachne Wali will see the deteriorating equations of Raghav and Pallavi.

Everything is badly slipping out of Raghav’s hand.

After the entry of Commissioner Laxmi, things are getting worse and misunderstandings are only increasing between Raghav and Pallavi.

Once again when Pallavi returns home, drunken Raghav manhandles her and questions her for planning and plotting against him.

Raghav misunderstands Pallavi and questions if she arranged everything to get him arrested and punished.

While Pallavi fails to explain things to him, he shockingly hurts her.

And this only invites new troubles in their marital life.

Raghav and Pallavi's relation at stake

This much isn't enough that when Laxmi visits the Rao mansion and blames Raghav for not paying his custom duty,

Later on, this again brings a major crack between Raghav and Pallavi.

Pallavi questions Raghav if his money and fortune is built on the deaths of innocent people while angry Raghav blames her for marrying him for money.

Pallavi is badly hurt by Raghav's blames and his devil-like behaviour with her.

Will she be able to find the truth before it gets too late?