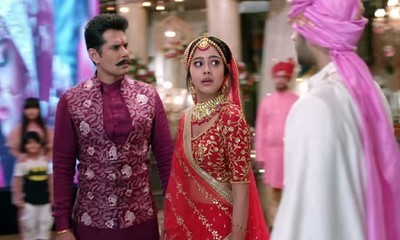 In the popular Colors TV serial Molkki, finally, Purvi regains her lost memory when Virendra plays their wedding video amid her and Daksh's wedding.

As soon as Purvi recalls her lost memory, she confronts Daksh for not telling her the truth.

Daksh confesses his love to Purvi and reveals that he hid the truth because he doesn't want her to fall into the mud again.

Virendra forgives Daksh after all he saved Puvi's life.

However, nothing comes in his favour because Purvi refuses to accept Virendra and neither she accepts Daksh.

Purvi takes the shocking decision of leaving both Virendra and Daksh.

Now Purvi wants to live her life alone without any love.

Will Virendra let Purvi go away from him once again?

What will happen next in the show is worth watching.