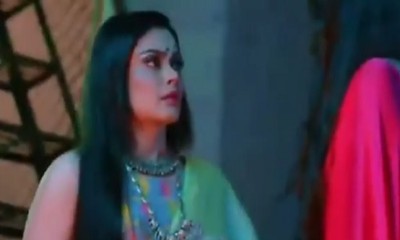 Colors TV serial Molkki is gearing up for a high-intensity drama in the upcoming track.

Virendra loses his cool and shoots the gun at Daksh who tries molesting Purvi.

And this is when the Police arrest him in the murder accusation of Daksh.

However, this is not the end because suddenly out of the blue, Sakshi marks her return.

Purvi faces a hard time as the Court is all set to give a death sentence to Virendra.

Now with Sakshi’s entry into the show, how will Purvi take her help to save Virendra is worth watching next in the show.