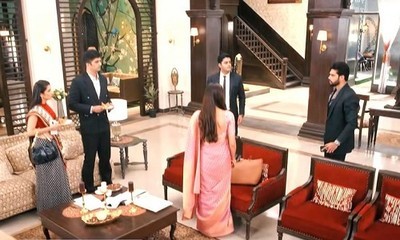 Raghav and Pallavi’s new hardships are finally here in the latest track of Star Plus show Mehndi Hai Rachne Wali and we don’t want you to miss them.

Because Pallavi is trying her best to change Raghav and also make him drop his bad drinking habit,

And this is when for the first time Pallavi questions Raghav about his past.

While Pallavi loves Raghav and trusts in him, this trust begins to shake in the end.

And now it would be highly intensified to watch what will happen next in the show.

Follow us at serialgossip.com for more updates and the latest news.