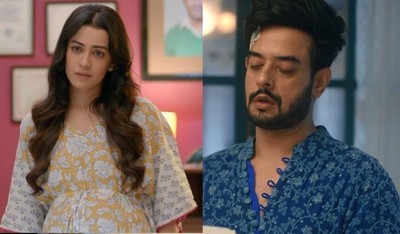 It was earlier seen that Pritam and Guneet return home where Pritam is proved innocent.

Amrita gets much angry with Pritam and asks him to go back to his room and not attend her baby shower.

Pritam cries bitterly in his room who recalls his past.

Next morning Kabir is kicked out of his job and informs the bad news to Amrita where Amrita loses her cool and slaps him before entire family.

Amrita always supported Kabir but this time she is not going to support wrong Kabir as he cheated their boss.

Pritam witness all these problems and decides to fix everything for Amrita and her family who cares for him much.