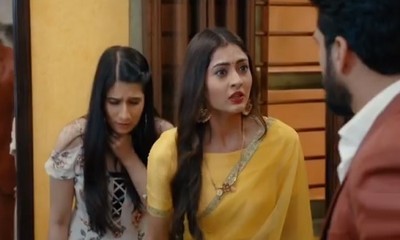 In the upcoming intense drama in the storyline of Hindi TV serial Mehndi Hai Rachne Wali, a lot is about to happen.

Raghav’s ex-girlfriend Isha is trying her best to create differences between Raghav and Pallavi.

While Pallavi defends her every time, angry Raghav bursts out his anger and shouts at Pallavi.

And this is when Isha narrates her manipulative story to Pallavi only to shake her trust on Raghav.

Raghav and Pallavi’s relationship in trouble

Isha proves herself innocent and puts all blame on Raghav revealing their past love relationship.

While this comes forth as a huge shock to Pallavi,

Will Pallavi show her trust in Raghav or Isha will separate them?