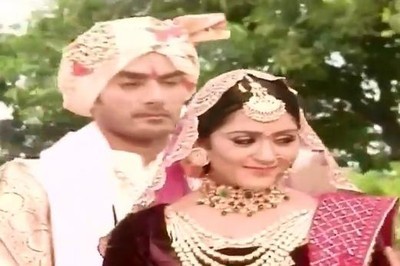 ZEE TV upcoming new show Tere Bina Jiya Jaye Na is all set to build up suspense from the very beginning itself with Krisha and Prince Devraj's instant marriage.

Krisha always dreamt to have Prince Charming in her life and surprisingly her dream comes to true.

Prince Devraj as and when he gets to see Krisha he go down on his knees and makes Krisha wear the ring.

Krisha in on cloud nine where she is shocked to believe her dream has come true.

Krisha gets to marry Prince Devraj in real and gets to live the life she always dreamt of being a simple middle-class girl who was working in the hotel.

Krisha unaware of the real reason behind her marriage to Devraj

While there is huge suspense behind this grand marriage of Krisha and Prince Devraj.

How will Krisha react to knowing the truth of Prince Devraj?

It would be highly interesting to see why Prince Devraj married Krisha without even knowing her.