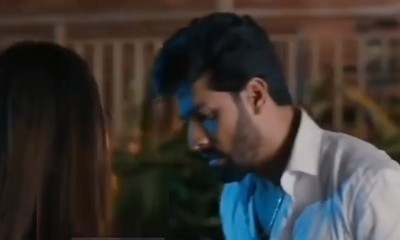 The upcoming story of the Star Plus TV serial Mehndi Hai Rachne Wali will finally see the end of Raghav and Pallavi's love relationship.

Finally, in the end, Raghav and Esha's one-night stand truth gets revealed to Pallavi.

Pallavi surely slaps Esha for her evil deeds but she is not ready to forgive Raghav for what he did.

And this is when Raghav tries to convince her but she doesn’t pay heed to him and even slaps him harder on his face for what he did with her.

Raghav tries his best to stop Pallavi from leaving him but all goes in vain.

Pallavi slaps him the moment he tries holding her hand.

While Pallavi is badly heartbroken with his betrayal, she shockingly breaks all ties with him and also ends their marriage.

Will Raghavi never comes together in love again?