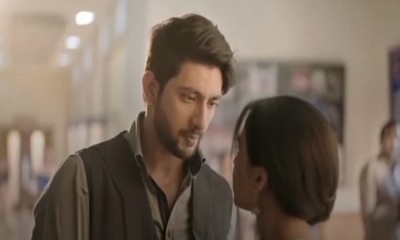 Star Plus show Imlie is all set for a major confrontation between Aryan and Imlie and we wonder what drastic outcome it will bring.

Aryan recklessly runs to save his sister Arpita when he dumps into Imlie.

As Aryan and Imlie both get into an argument and later luckily Imlie only saves Arpita,

The situation actually turns against Imlie when Aryan catches her with Arpita's marriage ring.

Arpita gave the ring to Imlie in the hospital so that she could keep it safe with her until she gets fine but when Imlie forgets to give it.

Aryan ends up misunderstanding her as he assumes that Imlie stole the ring and this situation puts Imlie in a bad light.

And this is when Aryan takes a dig at Imlie.

Imlie lashes out at Aryan the moment he tightly grabs Imlie’s hand and insults her.

While Imlie is not an easy girl who can be blamed by any random person, let’s see how Aryan will get hit knowing Imlie’s innocence?

Aryan gets his eye on Aditya (Gashmeer Mahajani) and Imlie (...

Aryan adds a twist in Aditya (Gashmeer Mahajani) and Imlie (...