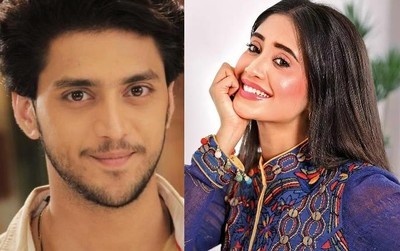 The upcoming track of Colors serial Balika Vadhu 2 is all set to showcase interesting twist and turn with generation leap in the show.

The show failed to impress the loyal audience and hence makers decide to jump into the leap to build the interest in viewers.

Makers of Balika Vadhu hope the same here and hence Shivangi Joshi will have two males leads in her life.

One is Jigar where Yeh Unn Dino Ki Baat Hai fame Randeep Rai is roped in the show who is all set to play a negative role.

On the other side Kinshuk Vaida is too roped in show who will be seen in the role of Anand.

It would be highly interesting to see if Shivangi Joshi brings this show on number one position with her charm beauty and acting skills.

Balika Vadhu 2: Anandi in a tight spot with Kanku and Madhav...