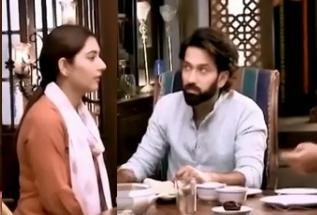 It was earlier seen that Ram supported Priya and Meera well against Nandini which left Priya impressed.

Priya feels grateful to have Ram in her life and is much happy although sad with their upcoming separation.

However Ram faces many allegations where he is confronted during the live media sessions.

Here Priya marks her dashing entry and dismisses all allegations against Ram.

Further it is seen that to make Ram happy Priya makes Biryani for Ram where Adi and Brinda too join them.

Ram is happy to see the Biryani where he removes his acidity tablets where Priya has taken care of everything that Ram does not get acidity and he refuses to take the tablet.