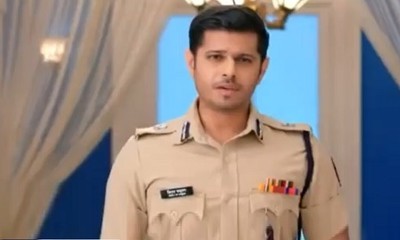 In the upcoming episode story of Ghum Hai Kisi Ke Pyaar Mein, a lot is going to happen in Virat and Sayi’s life that we don’t want you to miss.

Virat is going on a deadly mission on this Diwali when Sayi happily shifts to his bedroom.

The duos get sad when finally Virat leaves for the mission.

Interestingly, the mission is to catch the wanted criminal Sadanand and this gets Virat hell like sad.

However, he has to fulfill his duty and thus he catches Sada.

Unfortunately, Sada dies in an encounter and with this major death, a lot is about to change for Virat and Sayi.

Sada has a wife and he took promise from Virat that she will take care of his wife after his death.

As Virat gave promise to him, he thus brings his woman to the Chavan Niwas after his mission.

How this new woman will affect Virat and Sayi’s life when Sayi has realized her love for Virat?

Follow us at serialgossip.com to know the latest updates.