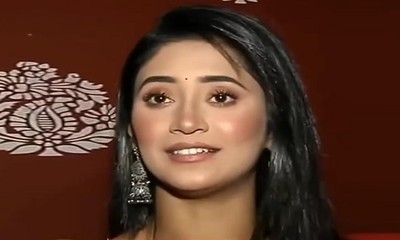 Indian television actress Shivangi Joshi is roped in the Colors TV serial Balika Vadhu 2 and her fans are amazed at this good news.

On asking about why she chose Balika Vadhu 2 to play the grown-up character of Anandi, Shivangi Joshi says that she is excited to play Anandi’s role because the story of the show is quite unique and intriguing.

Secondly, her intuitions say that this is a good opportunity for her so she said her yes to the makers.

While talking about her character, Shivangi Joshi reveals that the story after will be quite interesting and enthralling and her character will be like a roller coaster ride.

Anandi and Jigar get divorced before the leap but soon after they grow up, their destiny will bring them together again.

How romantic and challenging their love life will be is worth watching next in the show.