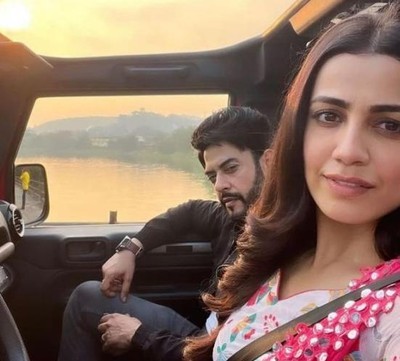 It seems Amrita has to go to her Mykaa where her train tickets are not confirmed.

On the other side Pritam also has to go to Ludhiana for some mission under Bedi surveillance.

Hence Pritam makes use of Amrita and goes along with her in his car using the fake id of Karan Shakuja.

Pritam and Amrita begin their car journey where the duo spends a good time together.

Pritam is happy to spend time with Amrita and Ansh where on the back of his mind is his mission.

While Amrita is unaware of Pritam's major plan and assumes that he is coming for her.