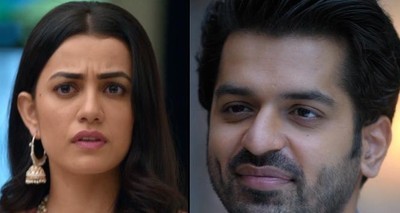 It was earlier seen that Amrita's parents wants Amrita to settle down in her life once again.

Hence they send Yuvraj to Amrita's house to see her and let them know their decision.

Amrita is unaware of the development where she gets ready unknowingly and welcomes Yuvraj in her life.

Amrita only loves Karan and apparently, she has turned Pritam's good friend.

While Yuvraj is from Canada and he is all set for marriage.

Yuvraj likes Amrita and is ready to give her a second marriage chance her.

Will Amrita get ready to marry Yuvraj?