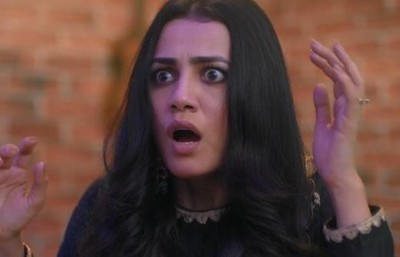 It was earlier seen that Pritam and Amrita are together in Ludhiana.

Pritam gets saved again and again but his luck where Amrita fails to get out of him.

Amrita and Pritam gets a chance to enjoy themselves all the more.

During the Karaoke session, few crazy boys tease Amrita where Amrita loses her cool and gives it back to them.

Punjabi Kudi Amrita thrashes them up where Pritam too cleans his hand.

At the end, the guys lose their cool and aim for the gun to shoot Pritam.

One of the boys shoots leaving Amrita shocked to the core.

Will Pritam get shot or he will find a smart escape once again?