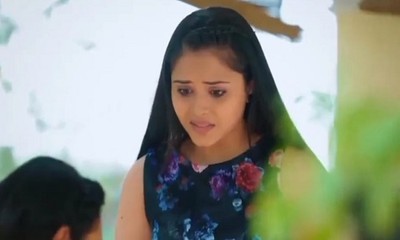 Anupama: WHAT! Pakhi has an older boyfriend makes US plan

Star Plus TV serial Anupama is about to see Pakhi's boyfriend's entry who will spice up the story like never before.

Anupama has a new chunauti with this New Year and this new challenge is Pakhi.

Pakhi wants to relocate to the US for her further studies because her all friends are going and she doesn't want to be left behind.

Thus, she requests Anupama to let her go to us.

However, this is just not the end because in actuality it is Pakhi's boyfriend for whom she wants to shift to the US.

And here is also a big twist.

Pakhi is currently in a relationship with a person who is quite old than her.

Where Pakhi is mainly shifting to the US for her boyfriend who is older than her,

How will Anupama and Vanraj will now save their daughter from the upcoming storm is worth watching next in the show.