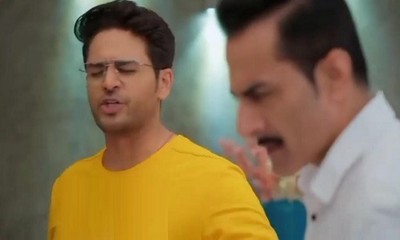 Star Plus TV serial Anupama is looking forward to high voltage drama and everything is going to mess up in a very drastic way.

Malvika's life is back to a normal pace and she rejoins the Vanika Teamwork.

However, when Vanraj and Malvika get closer behind the closed doors, this literally pisses off Anuj.

And while Anuj is not ready to gulp what is all happening between Malvika and Vanraj, he shockingly holds Vanraj responsible for everything.

And that's when a huge wall comes between Anuj and Malvika.

Unfortunately, after Anuj separated Malvika from Akshay, Malvika again overthinks that he is separating her from Vanraj.

So, how Anupama will handle the situation again?

Anupama: Anuj is The Big Bull in Business World Vanraj nervous over his Super Move

A major twist between Vanraj (Sudhanshu Pandey) and Kavya (M...