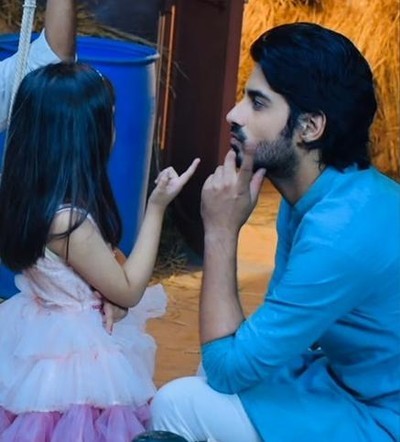 Star Plus's popular show Yeh Hai Chahatein is about to showcase some interesting twists in the upcoming track of the show.

Rudraksh is currently living at Preesha's place secretly and Roohi is helping him.

Preesha has learned the truth about Roohi helping Rudraksh from Bunty.

Preesha thinks that Roohi is hiding a secret but she is also hiding the truth that Rudraksh is Roohi's father.

Roohi shares an emotional moment with Rudraksh and she hugs him.

Meanwhile, Rudraksh says that he is leaving the place and Roohi gets upset learning that.

The next day, Rudraksh leaves a letter for Roohi before leaving and leaving the place.

Preesha finds the letter of Rudraksh

Roohi gets emotional and she rushes to meet Rudraksh requesting Preesha to let her go.

Preesha finds the letter and gets emotional too while Roohi runs to meet Rudraksh.

On the other side, Rudraksh also stops the car and decides to meet Roohi once before leaving.

Will Rudraksh learn that Roohi is his daughter?