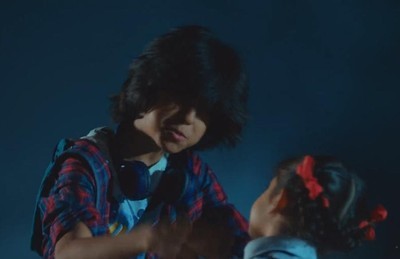 In the upcoming track, Saarash loses his way and he meets Roohi on the way.

Saransh asks Roohi for help and Bunty meets Preesha and he gets elated learning that she is alive.

Further, Bunty also learns that Roohi is Preesha 's daughter and he tells that she is helping Rudraksh stay in the village.

Meanwhile, Sarash asks Roohi to show him the path to him and she agrees to help him.

Preesha asks Bunty to hide the truth from Rudraksh

On the other side, Preesha accepts that Roohi is Rudraksh's daughter and she reveals how Yuvraj helped her escape from the hospital that day.

Preesha recalls Roohi's weird behavior and she says that destiny played its game to unite Rudraksh and Roohi and asks Bunty to make a promise and not reveal anything to Rudraksh.