YHC: Preesha takes a vow from Bunty to hide the truth from Rudraksh (Latest Spoilers Alert) 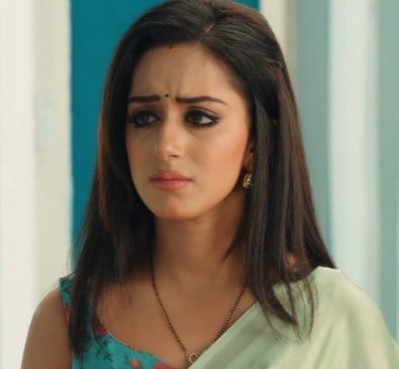 It was earlier seen that Preesha decides to audition for the contest organized by Rudraksh and Bunty.

Preesha reaches there and gets shocked seeing Bunty there.

On the other side, Bunty gets overwhelmed seeing Preesha and he shares an emotional moment.

However, Preesha throws the bomb and warns Bunty to not reveal their meet to anyone.

Preesha takes a vow from Bunty asking him to never tell Rrudraksh about her living in Rohtak and also about Roohi.

On the other hand, Roohi comes to meet Rudraksh and he gets busy with Roohi and fails to see Preesha.

OMG! Will Rudraksh never know that Preesha is around?