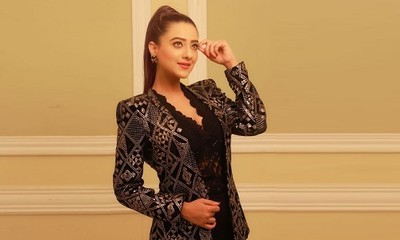 Popular TV serial Anupama is back in the race to bring one of the most-awaited twist of Kavya’s war on everyone who gave her a hard time.

Actress Madalsa Sharma who plays the character role of Kavya has revealed that her absence in the show is about to bring a big twist in the show and that will be a turning point.

Where Kavya left the Shah House on New Year eve and relocated to Mumbai in search for a job, her silence is currently the silence before a huge storm.

And we are quite excited to watch what she is up to because she is also preparing to win Vanraj’s trust and his love back.

While Vanraj is here struggling to prove himself and handle the Vanika Teamwork on his own without Anuj’s help,

Kavya’s blasting comeback is actually going to help him a lot.

Let's see how interestingly and intriguingly the upcoming story will unfold next in the show.

Will Vanraj’s love for Kavya revive and he will forgive her?