Anupama: A violent confrontation Anupama Vanraj to spice up the battle (Future Story) 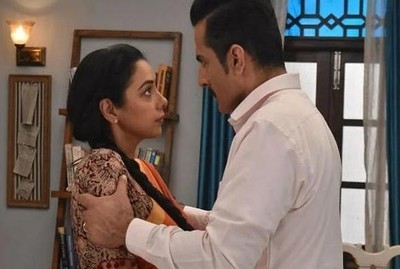 It was earlier seen that Anupama warned Vanraj once to stay away from Malvika and not get friendly with her.

While Vanraj takes Anupama seriously and he knows his work well.

Vanraj learns Malvika's weakness that is her loneliness and hence he decides to fill that space in her life.

Vanraj tries to turn Malvika's partner in crime in real too where he wants to keep personal and professional relations.

Malvika blushes and is happy with this development where she starts seeing herself as Anuj Anupama's partnership being unaware that Vanraj is not trustworthy.

Anupama learns this big master move of Vanraj and gets into a violent confrontation with him.

The duo are all set to battle it out once again and spice up the drama.