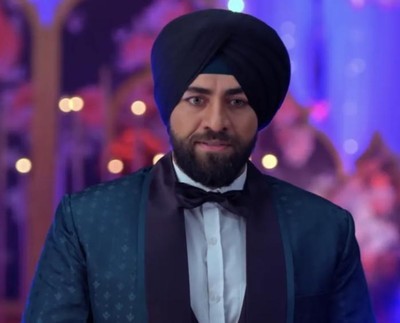 Choti Sardarni: Seher to boost Rajveer's confidence as Harleen cast him down

Harleen makes use of Seher's absence to discourage Rajveer.

Further, she also asks Karana and Param to give their speech.

During the speech, Karan says that the man should always stand by his words, and Param taunts him during his speech against Karan.

Kulwant selected a girl for Param but Harleen rejects her.

Rajveer reminds Harleen about their deal and asks her to not reject anyone without any reason.

In the meantime, Rajveer senses a gas leak in the kitchen and he alerted his servants about it.

On the other side, Harleen takes revenge and blames Rajveer for his carelessness.

In the upcoming episode, Seher returns home and she witnesses Rajveer broken once again.

Further, she will come up with a plan again to boost Rajveer's confidence.

Choti Sardarni: Harleen plots to separate Karan from the family

Choti Sardarni: Harleen plots to separate Karan from the fam...