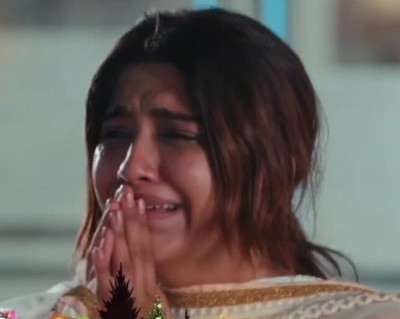 It was earlier seen that Seher followed Rajveer who tried to escape.

While driving Rajveer once again loses his eyesight and he meets with a deadly accident.

Rajveer's car gets hung on a cliff and Seher saves him putting herself at risk.

Rajveer shouts Seher's name thinking it to be the end of his life and he falls unconscious.

Before falling unconscious he gives the video to Seher that could prove Param innocent.

Seher fails to save Rajveer's life

Seher takes help from a passerby and takes Rajveer to the hospital.

Meanwhile, Seher learns that the doctors are on strike.

Seher pleads the doctors to save Rajveer but they refuse due to strike.

How will Seher save Rajveer now?