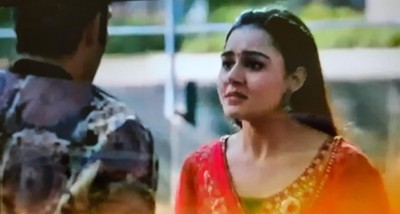 Zee TV's popular show Bhagyalaxmi is gearing up for an interesting twist and exciting drama.

With Rishi and Laxmi's separation, both are trying to move on with their life.

Further, Laxmi is trying to avoid Rishi's thoughts and focus on her job while Rishi is trying to forget Laxmi and concentrate on Malishka.

However, ultimately they both miss each other badly in their heart.

Meanwhile, Ayush comes to Rishi's rescue where Rishi confesses that he misses Laxmi very much.

Seeing Rishi's feelings, Ayush decides to give it a try and meets Shaalu.

Shaalu bursts out at Ayush but at last, agrees to help Ayush to make Rishi realize his love for Laxmi.

Now it will be highly exciting to see if Ayush and Shaalu will succeed in their mission or not.

Keep tuned to serialgossip.com to know how the story will shape up further.

Bhagyalaxmi: What! Rishi's ego boosts his hatred for Laxmi

Bhagyalaxmi: Neelam's selfish side exposed not bothered for Laxmi's sorrow

Bhagyalaxmi: Neelam's selfish side exposed not bothered for ...

Bhagyalaxmi: No Looking Back for Laxmi, Rishi regrets wrong ...