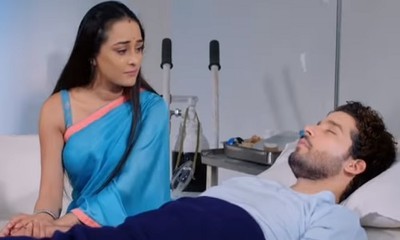 Star Plus Hindi show Saath Nibhana Saathiya 2 is gearing up for some new challenges in Gehna's life even after Surya gains his consciousness.

Now when Suhani goes mad seeing Sikandar in the jail, the latter now compels her to kill Gehna anyhow and take his revenge.

Meanwhile, the new twist comes when Gehna again doubts Surya and Suhani's blood relationship after all their blood didn't match.

And now along with this new twist, Sikandar's wife Shreya is also marking her villainous entry into the show.

Gehna and her new challenges

The coming up story will now see Shreya's revenge on Surya and Gehna for they pushed her husband behind the bars.

While Surya and Gehna just realized their love, will Shreya separate them apart or they will defeat her also?

Saath Nibhana Saathiya 2: Oh No! Surya to taste the Death from Sikandar and Suhani's War