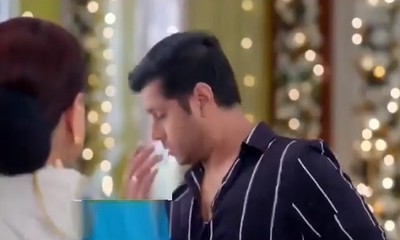 Unfortunately, the truth comes out and Sayi couldn't lie anymore to Bhavani.

Therefore, with the huge revelation of Sayi continuing her internship, Bhavani's trust in Virat and Sayi breaks in such a way that she fails to control her anger and thus ends up slapping Virat.

And now this much was not enough that Bhavani even snatches the Mauli from Sayi's hand which she gifted her as the responsibility of the family Mukhiya.

After so many hardships, Bhavani accepted Sayi as her Bahu but now they are again back to square one.

Let's see what happens next. Don't forget to read the new updates.

GHKKPM: Sayi's ragging! gives a befitting reply to the new b...