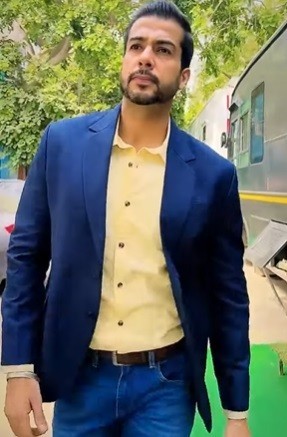 Udaariyaan: Lokesh Batta aka Jass to enter the show as Karan Gill?

Now Serial Gossip brings to you an interesting gossip from the show.

It seems that there might be a re-entry of Jass as Karan Gill in the show.

Lokesh Batta had recently shared a video of him coming out of a vanity van with the name mentioned as Karan Gill.

As we know, Tejo's lookalike has also mentioned her name as Tanya Gill.

Will there be a connection between Tanya and Karan Gill in the show?

As per the current track of the show, when Fateh confronts Angad for saving Tejo, Angad lashes out and expresses his frustration with him.

However, Fateh gets into a big fight with him.

In the tragic turn of events, Amrik gets shot saving Tejo.

Udaariyaan: Will Tanya Gill return to Moga with Fateh and Jasmine?

Udaariyaan: Will Tanya Gill return to Moga with Fateh and Ja...

Udaariyaan: It was Jasmine's perfect plan to kill Amrik

Udaariyaan: It was Jasmine's perfect plan to kill Amrik Col...

Udaariyaan: Tanya Gill revealed to be a cop gets Angad Maan arrested

Udaariyaan: Tanya Gill revealed to be a cop gets Angad Maan ...