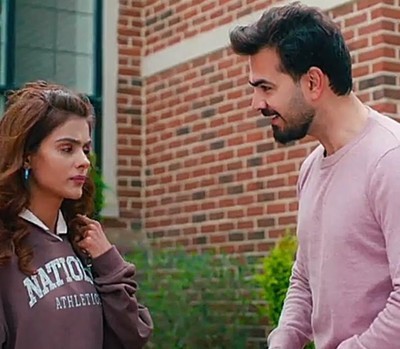 Udaariyaan: Tanya Gill revealed to be a cop gets Angad Maan arrested

We earlier informed about the death twist of Amrik in the show when Angad will try to shoot at Tejo but Amrik will come in the way to save her life.

Now in the upcoming track, a big twist will take place of the real identity of Tejo to be revealed.

Angad Maan will be arresred for the murder of Tejo Sandhu and Amrik Singh Virk.

Tejo will reveal to Fateh that she is not Tejo but Tanya Gill who is a cop.

She will tell Fateh that she was behind Angad Maan and wanted to nab him red-handed.

Hence she reveals that she used the opportunity of being Tejo's lookalike and came in front of Angad and them as Tejo.

Fateh will be heartbroken learning the truth that his Tejo is actually dead.