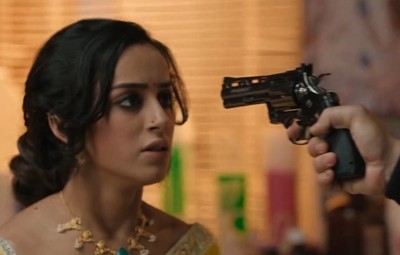 As seen so far, Preesha learns that Rakesh is the main culprit and she comes up with a plan to expose him.

Preesha further contacts one of her friends asking them to send the reports to the hospital to give a piece of breaking news.

The reports ask Preesha about the matter and she says that she was helping a woman who met with an accident, unfortunately, they couldn’t save the woman but could save her baby and have kept the baby in the pathology lab to find out its father’s details and perform the woman’s last rights.

This news leaves Rakesh shocked and he reaches to the hospital to destroy the evidence.

Preesha catches him red-handed and also reveals that she lied about Nalini's death to catch him.

Rakesh agrees to have killed Dev while Preesha records his confession to send him to jail.

Rakesh then holds Preesha at gunpoint leaving her shocked.

Who will save Preesha now?