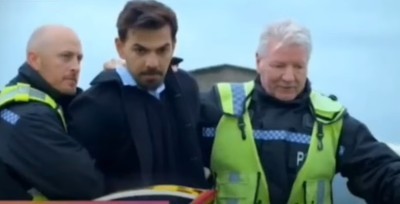 The latest promo of the show is released where we see that Angad fires the bullet to kill Tejo but Amrik gets shot.

Angad finally gets arrested by the cops for killing Amrik.

On the other side, Tanya gives her condolence to Fateh about the death of Amrik to which he runs to hug her.

However, Tanya pushes him away saying that she is not his Tejo but she is Tanya Gill of Punjab police.

This leaves Fateh shocked and devastated.

A shocker for Fateh coming up

The story has again taken a new turn in the life of Fateh.

The promo has revealed that Tejo is dead and the girl in London is Tanya.

It will be highly interesting to see what more twists will come up in the upcoming track of the show.