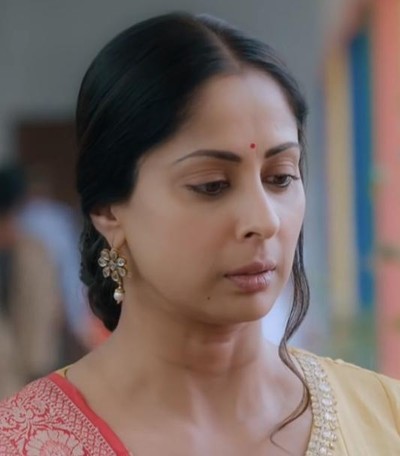 Colors' tv popular show Swaran Ghar is about to showcase some big drama in the upcoming track of the show.

As seen so far, Swarna thanks Ginni and her husband Bedi as they win the competition.

Soon, Swaran will learn that Ginni has mentioned Ajit's name as Mr. Bedi in her file which will leave her furious.

Swaran will lash out at Ginni for supporting the mistake of her teacher and lying to her.

Mickey apologizes on behalf of Ginni however Swaran gets furious and leaves without forgiving her.

Amber worries about her lie

Swaran refuses to forgive Ginni for her mistake.

Further, Amber recalls how she helped Kiran and Nimmo in their plans and gets worried.