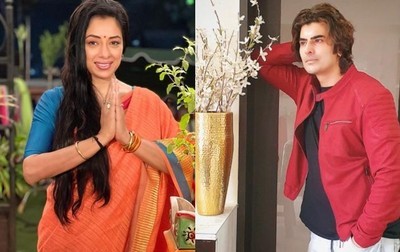 Anupama: Rohit Bakshi has a new proposal for MaAn

It was earlier seen that the show is all set to witness a new entry that is Kahin Toh Hoga fame Rohit Bakshi where he shot to fame with his role of Piyush.

Looks like Mr Bakshi is marking his comeback on screen after long time.

Rohit Bakshi was earlier seen in positive roles where this time his character play and role key is not yet revealed and the details are under wraps.

But as we get to hear some piece of news is that he is going to change the life of MaAn and he also has a new proposal for the couple.

What is the goal of Rohit Bakshi and his entry in the show?

Anupama: Star Plus show Anupama in English Star Plus popula...

KKK12: Aneri Vajani aka Mukku of Anupama to fight her fears in KKK12

Khatron Ke Khiladi 12: Aneri Vajani aka Mukku of Anupama to ...

Anupama: Anupama thanks Anuj for lighting up her life, Eunuchs join their celebration

Anupama: Anupama thanks Anuj for lighting up her life, Eunuc...