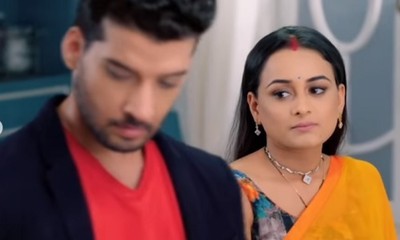 The latest story track in Star Plus TV serial Saath Nibhana Saathiya 2 will see Gehna coming to an action mode to take a strong stand for her marital life.

Surya is going blind in Suhani's fake motherly love and so now he decides to sacrifice his love for his mother.

Therefore, when Surya declares that he is divorcing Gehna, the latter doesn't accept it.

And so, another big twist happens when she refuses to divorce him at any cost.

Once again, you will see Surya and Gehna's hate spicing up.

Though Surya loves Gehna, he just doesn't want to upset his mother because of his love and so he chose to sacrifice.

But it seems Gehna is not ready to give up.

So, let's see how exciting the new love hate story will be.

Will Gehna ever be able to bring Suhani's evilness out before Surya?

Stay up to date with Serial Gossip to know the next exciting story.