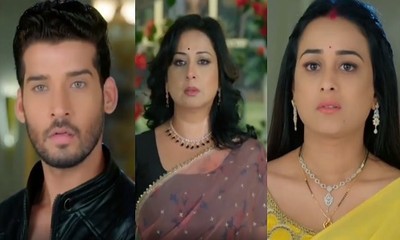 Suhani made Surya file divorce and get away from Gehna but the latter is not ready to give up.

Therefore, Urmila’s ghost drama begins and now Suhani gets so scared to the hell that she begins to murmur her past crime about how she killed Surya’s real mother Urmila.

Now, the twist in the tale is that Suhani is ready to spit up her crimes and so Gehna has to just expose her before Surya.

However, will this even happen?

Surya to know the truth

In the upcoming episode, Gehna will play her last move to compel Suhani to spit up the truth.

This is going to be intensely dramatic to see how Surya will find the truth.

Will Gehna be able to unite Surya and his real mother?