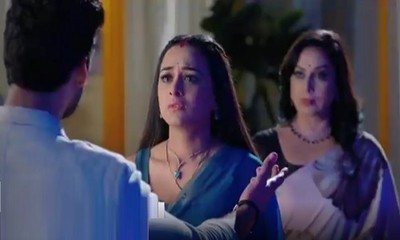 Star Plus Hindi TV serial Saath Nibhana Saathiya 2 is gearing up for one of the most drastic fights between Surya and Gehna.

As per the current track, Gehna and Urmila together work on the ghost drama to make Suhani spit up her crimes.

Gehna collects strong evidence against Suhani but as usual when she plays the video, everything becomes normal.

And so, once again Surya gets frustrated with Gehna's tactics.

Thus, a big drama happens and Surya asks Gehna to leave his life because he is fed up with her.

Once again Gehna fails to prove the truth about how Suhani is playing with Surya.

So, this time Gehna also gets frustrated of proving the truth again and again to Surya who is completely blinded by Suhani's evilness.

Let's see how this time Gehna's exit will finally bring out the truth and how after that, Surya will face reality.