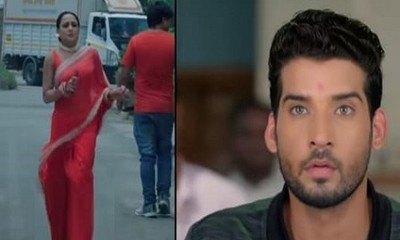 Star Plus prime tv serial Saath Nibhana Saathiya 2 (SNS 2) is about to witness a huge twist in the upcoming storyline and we don’t want you to miss it.

It is seen how Gehna and Urmila execute their last ghost plan to threaten Suhani and record her crime confession.

However, Suhani turns the table once again and so Gehna is again proved a liar before Surya.

This time Surya’s trust in Gehna gets totally shaken.

And now when the divorce hearing finally starts, here Gehna gets late for the hearing because Suhani plotted hurdles in her way.

Consequently, the Judge turns to give the final decision of the case and that is Surya and Gehna’s divorce.

In the upcoming track, Gehna will make her last attempt to stop the divorce.

However, will she succeed?

The show will now shift to the new time slot of 6 PM, giving its prime-time slot at 9 PM to Banni Chow Home Delivery (BCHD).