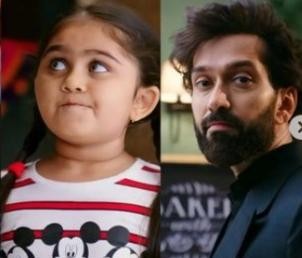 As revealed, Pihu is hit by Ram's car but fortunately, escapes with few scratches.

Meanwhile, during their interaction with her, Ram learns that Priya and Prihu live alone out of Mumbai.

He is further happy as well as stunned to know that Krish does not live with Priya.

This makes Ram doubtful if Pihu is Krish's daughter or not.

Moreover, Pihu also complains that Priya does not let her meet Krish.

Curious to learn more about their life, Ram tries to get more details from Pihu.

Thus, Ram finally learns that Priya and Krish are just friends and nothing more.

This makes him wonder if Priya had lied to him about her being pregnant with Krish's daughter.

It will be highly interesting and emotional as Ram soon realizes that Pihu is his own daughter.